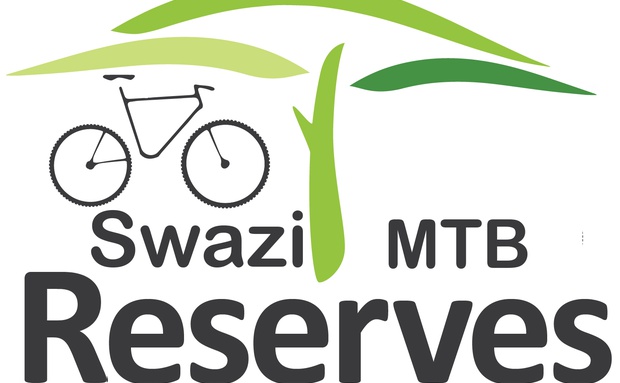 Swazi Lubombo Cycling brings you the inaugural Swazi Reserves MTB. The event is a fantastic opportunity to explore two of the Game Reserves in the Lowveld of Eswatini. The event includes a variety of distances for all levels of cyclists.

Join us for a day of fun in the African Bush riding along a lot of jeep tracks and game trails, through 2 of Eswatini's most pristine game reserves on farm roads, game viewing roads and beautiful single track.

The last running of the Three Reserves cycle race was in September 2019-the 21st running of the event. Since then, much has changed as we come out of the pandemic the Three Reserves organizing committee has been deliberating how and if we continue with the race. The race had significant impact in this part of the Lowveld benefitting local communities and business and being an icon on the eSwatini mountain biking calendar. As such we would like to keep the event going as far as possible albeit with some changes. We believe the changes that we propose will not only match the cycling experience that cyclists have enjoyed in the past but will also ensure that the event continues for the next 10 years and beyond.

As such we are implementing the following changes to the Three Reserves race that you got to know and love:

1.       Emphasis on ride enjoyment and getting out in nature: This year as we get up and running again, we will be keeping it simple and focus on the ride experience and enjoying the company of fellow like minded cyclist. As such we will not be doing any timing, have different categories and record race positions. We will have a marked course, water tables, marshals, safety(ambulance) and will have three distances 10km’s, 27Km’s, 45Km’s and 70Km’s, similar to what we had in the past. The focus this year will be on the ride thrills, not the race frills. For those that want to push it a bit more we will set up Strava segments for each distance. We may transition to a more traditional race format in future years but will evaluate as we go.

2.       New organizing team: Lubombo Cycling Club will continue to be the race holders and will be responsible to ensure alignment and adherence to cycling eSwatini requirements. The race organizers however will be changing with Mbuluzi Game Reserve becoming the organizing entity. This organization will be done in close cooperation with the Lubombo Cycling Club. We believe that this will ensure the longevity of the event as committee members come and go while Mbuluzi Game Reserve will be here for the long term. Mbuluzi Game Reserve were also instrumental in organization of the race in the past.

3.       Change of name, route and start/finish venue: All these changes go hand in hand. The Three Reserves race historically was extremely lucky and grateful to use three of the most scenic reserves in eSwatini during the event. However Hlane Game Reserve have introduced a number of dehorned black rhinos in the area that we ride through and as much as it would be a thrill to see such a magnificent animal on the ride we feel that the risk is too high and as such have had to exclude Hlane from the route. Going forward therefore the ride will take palace exclusively on Mlawula Nature Reserve and Mbuluzi Game Reserve. As such we will be calling the ride the Swazi Reserves MTB in future. This year we will be moving the start/finish venue to Siphiso camp in Mlawula. It has been wonderful to have the Simunye Club and Hlane as part of the event for the last 11 years and thanks go to them. We would still encourage to make use of these facilities as part of their ride experience.

Sponsorship opportunities: While we will be keeping the ride simple this year we will still have costs to cover and would really like to continue with the various community initiatives that were supported by the race in the past.

Late entries will be accepted at the venue on the evening of the 23rd of September and the morning before the race on the 24th with an additional admin fee of E60.00 per late entry.

* RIDERS FROM OUTSIDE ESWATINI DON'T FORGET YOUR PASSPORTS & VACCINATION CERTIFICATES!!

This ride is for the family and kids, the ride takes you on a great 10km loop on jeep tracks through the scenic Mlawula bush.

This option is for the up and coming young riders and takes then on a great flat and fast loop on jeep tracks through the scenic Mlawula bush.

A route of enjoyable riding on jeep tracks and single track through both Mlawula and Mbuluzi Reserves. This ride is the ideal entry race to mountain bike racing, the route is 100% rideable.

Top riders would be expected to complete the route in 1hour 30 minutes with the average rider taking 2hours 30 minutes.

The Marathon race takes riders through both of the reserves.

This race is the ideal ride for the serious rider who wants a good workout. The top riders would be expected to complete the race in 3 hours as it is reasonably flat and therefore fast.

70 km's of flowing jeep tracks, single track with a balance of undulating hills and steep climbs. It is not the toughest marathon race around.

Dress: NO HELMET - NO RIDE

Come join us for a just for fun cycle in the bush.